An Urban Institute (UI) analysis finds that New Jersey spends substantially more public dollars on children 0-18 than the national average.  Based on 2016 data—the latest available—expenditures for PreK-12 education, children’s health, child-related tax credits, and economic supports for families totaled $16,329 per child, or some $4,000 more on average than for all states combined.

More so, findings in this analysis, underwritten by The Nicholson Foundation, show that this higher rate of spending is due to New Jersey’s investment in public education.  For instance, PreK-12 funding is nearly $5,000 more per child than other states and includes compensation for teachers and administrators, curriculum and instructional materials, early education provided through Head Start and state prekindergarten, school meals, transportation, facilities, and services delivered outside of public schools, such as early intervention and vocational education.

The UI findings are drawn from its State-by-State Spending on Kids Dataset, a comprehensive accounting of public spending on children from 1997 through 2016.  It draws on the U.S. Census Bureau’s Annual Survey of State and Local Government Finances, as well as several federal and other noncensus sources. 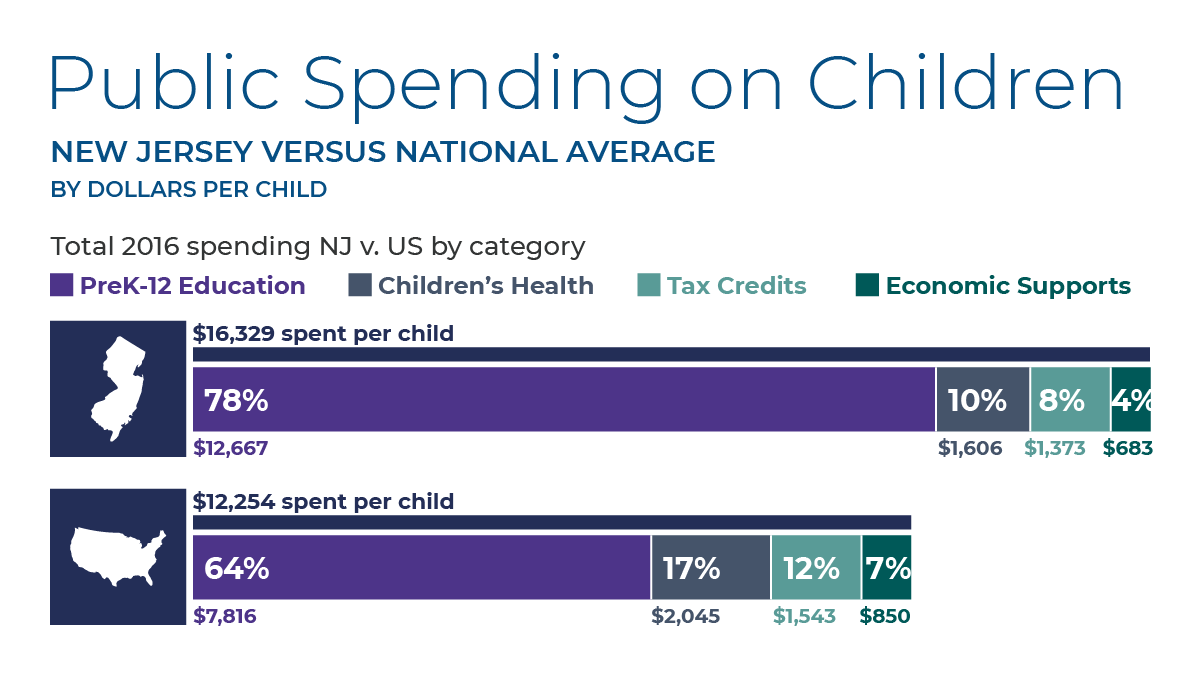 As shown in the chart above, the analysis of 2016 data also finds that New Jersey’s spending on children differs significantly by category, with much higher expenditures for PreK-12 education than for health, child-related tax credits, and economic support for children and families.

Here are other key findings from the analysis: